A 66-year-old diabetic male, SB, started experiencing pain in his ankle while going about with his daily routine. On visiting a doctor, he was put on painkillers and was given a few exercises to perform. His condition started worsening and after a few weeks, he was unable to walk, facing serious problems with his ankle. There was significant swelling in the ankle joint which made it difficult for him to walk with ease and put weight on the leg.

On returning to the country, the patient approached Dr. Arun Bal, Diabetologist, Fortis SL Raheja Hospital, and after thorough medical evaluation, Dr. Bal advised him to consult Dr Pradeep Moonot, Orthopaedic Surgeon, and Specialist in Knee, Foot and Ankle Surgery, Fortis SL Raheja Hospital. After a detailed case discussion and a thorough assessment with Dr Moonot, the case was evaluated with blood tests, X-rays and MRI scans. Upon seeking further medical advice and undergoing a series of tests it was confirmed that the patient was suffering from Charcot Neuropathy of the ankle joint with no active infection.

Charcot Arthropathy is a complication of diabetes which leads to an increase in the morbidity and mortality of the patient. It occurs because of the loss of sensation in the leg and it includes fractures and dislocations of bones and joints that occur with minimal or no known trauma. ​Initially, there may be swelling, redness and increased warmth of the foot and ankle. Later, when fractures and dislocations occur, there may be severe deformities of the foot and ankle, including the collapse of the midfoot arch (often called rocker bottom foot) or instability of the ankle and hindfoot. ​

The time between onset of symptoms and diagnosis may be several weeks or months.

Treatment may be non-surgical by the use of splint or brace or surgery in the form of correcting the deformity and fusing the joints. The surgery is recommended if the foot deformity puts the patient at a higher risk of ulcers, or if the shoewear that is protective is not effective in controlling the deformity or the patient is unable to walk.

SB, the patient was admitted at S L Raheja Fortis hospital to optimize the blood sugar levels as there is a high risk of infection post-surgery.

Regarding the ankle and foot for SB, Dr. Pradeep Moonot suggested realignment of the ankle joint by removing the bony prominences and stabilize it with a rod. Doing the surgery by a specialist is important so as to get the correction right and reduce the risk of infection.

Dr. Moonot assured the patient that the rod or screws and plates would be placed carefully across joints providing stability to the ankle joint. This would allow the patient to stand and walk by himself without being dependent on other people.

A convinced patient agreed to undergo the surgery. Talking about this particular surgery, Dr Monoot, said, “This surgery had to be done immediately. By inserting a rod into the leg, making sure the dislocation of the ankle was also corrected. The surgery was successful and the patient is now stable.

The patient was in the hospital for less than a week. There was no infection and all the operation scars healed well. The leg was in the cast for 6 weeks after which he was allowed to put weight on the operated leg. He was given a special walker boot which would allow him to walk with support to the leg and he could remove it at night time.

After 6 months the ankle is very stable and the patient is walking almost 10 kms a day without any support. 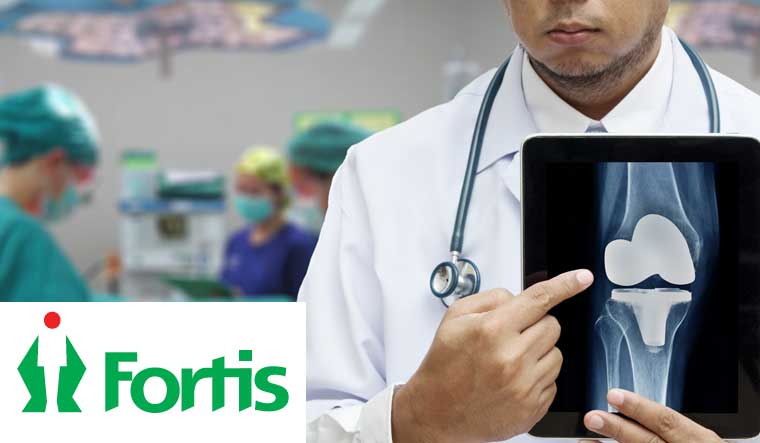 Best Ergonomic Tips for a Safe Work from Home Space